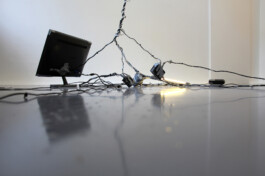 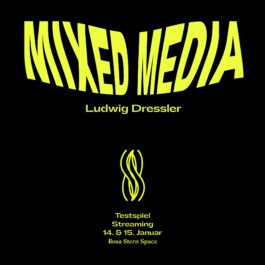 Rosa Stern is proud to present the second edition of TESTSPIEL: a series of short interventions by local artists using the space and architectural structure of Rosa Stern Space for the production of new works. The focus shifts to the artistic process and the production set becomes the exhibited work. Our second guest is Munich based artist Ludwig Dressler. For the next two days he will test run his first kinetic, multimedia installation „Mixed Media“. Various electronic devices, of which two are webcams, will be arranged operating on the floor. The cameras will record and stream their signal to the web throughout the whole time. Due to their wiring, all devices are physically connected to each other. During the two installation days, the entire arrangement of devices will slowly be twisted by a motor attached to the ceiling. The exact outcome of this process is unpredictable as it strains all components to their physical limits, which in return, invites failure to be part of the artistic concept itself. 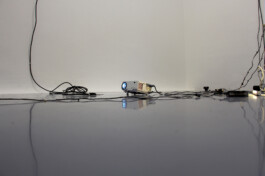 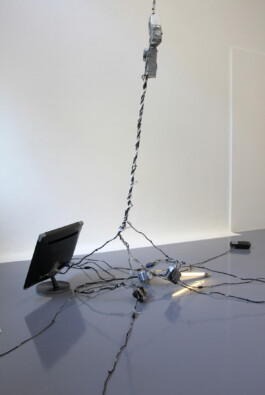 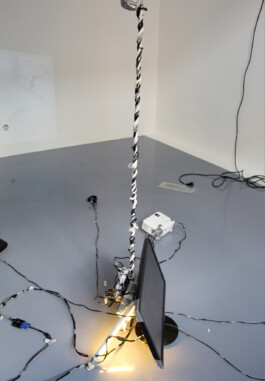 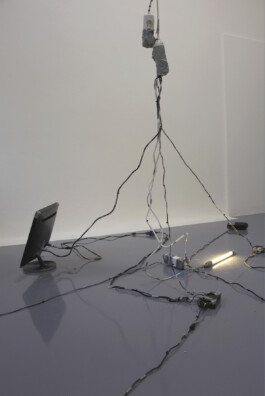 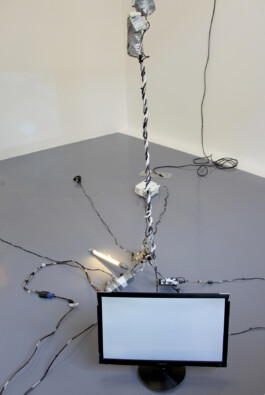 Ludwig Dressler is a Munich based artist who works with digital media, which can reach from simple video to even microcomputing or programming of visual content. He currently studies at Akademie der bildenden Künste München as student of Prof. Peter Kogler, as well as Arts and Multimedia at the LMU München. In his artistic practice he seeks to push the boundaries of how one can perceive a certain media. He achieves this by creating works that are superficially trivial but able to point out deeper meaning throughout time or by simple repetition. He has exhibited his work at multiple group shows at the Academy of Fine arts as well as at the Akademiegalerie and edition #5 of „Illegalerie“, 2020