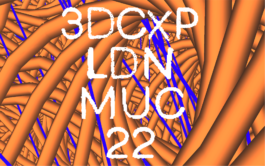 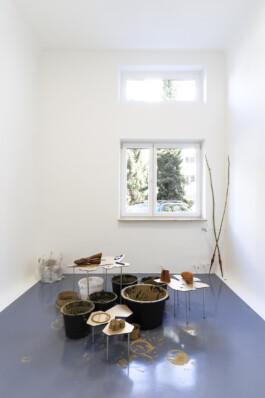 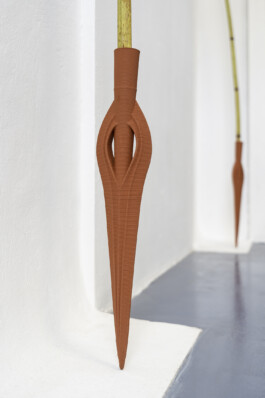 Rosa Stern Space is happy to present the ninth edition of TESTSPIEL: a series of brief interventions by local artists using the architectural structure of our exhibition space for the production and trial of new projects. The focus shifts towards the artistic process and the production set becomes an integral part of the exhibition.

3DCXP is conceived as an ongoing collaborative exhibition project and was initiated by Nicola Arthen and Ivo Rick.
Two groups of four artists – located either in London or Munich – sent digital models to each other. These were 3D-printed in each artists respective city with locally-sourced clay. What was conceived as a workaround to restricted travel routes due to the pandemic, increased custom thresholds and avoidance of flight-emissions, has allowed the importance of hosting to come into the foreground. A dialogue is begun where the file is prepared for a 3D-printer, clay is sourced, sieved, dried and loaded – its viscous mass shaped with a nozzle into a form conceived hundreds of kilometres away. It enters physical reality for the first time. The resulting form is then modified, glazed and stabilised through firing the clay. Additional parts are added, structures support it, space is made – the idea is hosted.
With 3D objects by Nicola Arthen, Estefanía Batista Flores, Maria Joranko, Kate Kuaimoku
3D printed, processed and exhibited by Achinoam Alon, Fabian Hesse & Mitra Wakil, Ivo Rick 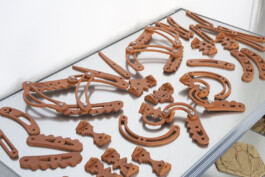 This exhibition was made possible with the support of Stipendienprogramm des Freistaats Bayern “Junge Kunst und neue Wege“.