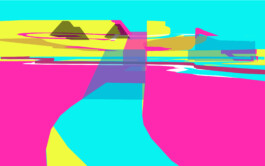 We are happy to announce the fourth edition of FREISPIEL: a series of short-term residencies and presentations by (inter)national artists dealing with issues of cultural orders and their aesthetic and socio-political influences in our future-driven present.
Our next guests will be Munich based artists Barbara Herold feat. Kim Twiddle LIVE with the synaesthetic challenge PARCOUR – suspend traditional patterns of perception, explore visual borderline experiences and enable a new transcendental seeing while generating surreal soundscapes!
In her artistic practice, Barbara Herold explores playful systems in the threshold space of the real and the digital and develops interactive AR and VR worlds that can be physically experienced in the overlapping of the virtual and the real. In collaboration with e-composer Kim Twiddle, Barbara Herold developed the colour-form-music composer PARCOUR, a VR experiment on „Neues Sehen" (according to W. Benjamin). Through optical abstraction, stereoscopic overlays and interactive sound modulation, retro video game landscapes become an aesthetic sensual and new consciousness experience.
The project was funded by FFF Bayern and NeuStartKultur.

PARCOUR will be premiered at Rosa Stern Space. The VR will be graphically extended into the physical space, accessible via a gate. Kim Twiddle will realize electronic live acts and a sound installation based on sound material generated by VR users at Rosa Stern Space and other venues – PARCOUR on tour (tba)...
The exhibition is funded by Kulturreferat München.

Barbara Herold and Kim Twiddle have been working on VR/AR projects since 2017, which can be experienced as geo-based installations in public spaces, among other places. 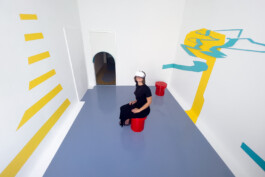 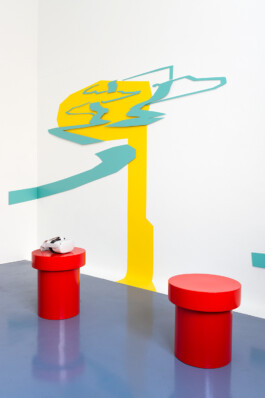 Barbara Herold studied Fine Arts at the Academy of Fine Arts Saar in Saarbrücken (Germany), specializing in new media art/digital art. Meisterschülerin of Ulrike Rosenbach. From 2007 Barbara was part of the artist-duo LABOR 45, primarily investigating in the human-machine-dialogue by the use of electronic analog-digital mash ups, handmade interfaces and code until 2014. Since 2013/14 she has been working on collaborative mixed media projects with Florian Huth.

Kim Ramona Ranalter aka Kim_Twiddle (1981) has been working as a freelance theatre maker, performer and stage musician since 2011. Since 2013 she has been producing plays with theatre ensembles from the independent scene and performing in productions of established municipal and state theatres. Since 2016, she has also been developing concepts for live acts, events and cultural events as a DJ and performance artist, which she implements with WUT e.V., theater ensemble and Bluespots Productions in southern Germany. As a musician, she composes and performs electronic stage music. 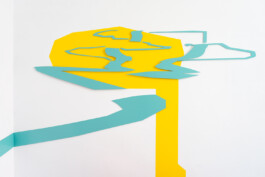 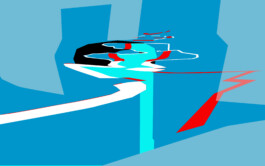